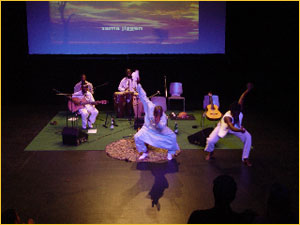 ISSA SOW is the singer, composer, song writer and the voice of the Senegalese National Ballet. Traditional acoustic yet very modern music which combines the elements from Bugrabu (Senegal), Hi-Life (Ghana), Rumba (Kongo) and spanish Flamenco, a blend of guitars and percussions with the charismatic, tender and powerful voice: that is ISSA SOW.

ISSA SOW started singing in Senegal (Dakar) at the age of 16 with bands like "Nollore, Fanta Koite, John Seck, Pape Diouf, Fallou Diang, Pape Niang and more". 1987 he formed his own group "Goree" and was parallel a member and the voice of the Senegalese National Ballet, with which he toured through Africa, Europe and Asia. 1992 ISSA SOW moved to Europe. 2000 he produced his first album and played through Europe. And this year, 2008, KETEKE Records introducing a new definition of ISSA SOW with the album "A VOICE FROM HEAVEN ". 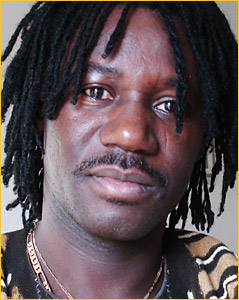 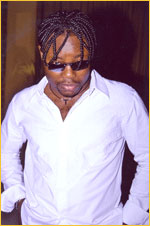 He got inclined into music when he was seven years old. By the time he attained 15 years, he had already started as a musical instrumentalist and played in the church in which he was a mentor at Kwadaso, Kumasi, where he was born and bred.

His love and interest for music made him join other colleagues of his during Christmas season to visit various homes playing their musical instruments and singing. According to him, it was during Christmas performances that most of those who witnessed the shows discovered he had a good voice and could succeed as a musician.

He was adjudged Best Male Vocal Artist (Ghana Music Awards) in Britain in 2004 by Ghanaians Resident in Britain.

He has played with bands like RELALTIVES in Germany, with Kojo Antwi's Band, Tropical Vibes (Accra) and also with Amakye Dede's Band. 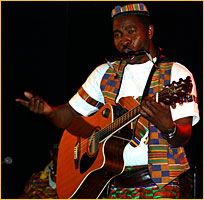 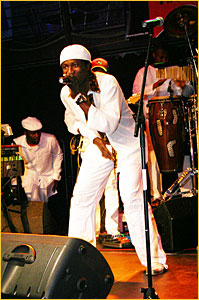